When using Xhorse VVDI2 to program a key for a CAS3++ (CAS3+ encrypted version) I get a fault in the CAS module every time. Other CAS modules like CAS3 and CAS3+ ISTAP version work fine without faults.

It gives an error on the CID and a A0AA CAS: Control Unit fault in ISTA.
The programmed key starts the car just fine but every time you start it with the new key it gives a fault.

It’s in Dutch on the picture but it says something like “Engine starting malfunction! Close and reopen the driver’s door. Remove key fob and insert it again in the slot.” 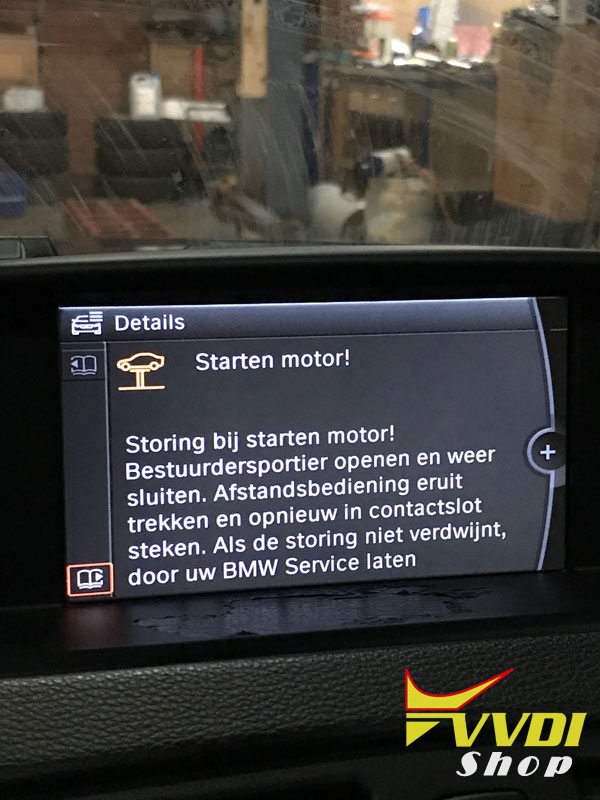 The error on the CID goes away if you delete the fault memory with ISTA however the A0AA fault still remains in fault memory. The car operates just fine with this fault stored.

You can restore cas to backup state or reflash it with Kfp is the fastest way.

Finally, Just flash it with Winkfp and problem solved.

standard ICOM or a good k-dcan will work and everything will be fine, just keep in mind stable charger is important.