We are looking at a 2018 Ford Mustang.   The situation was a locksmith came out here and somehow managed to clear all the keys out and then they couldn’t add keys back in had an active alarm situation.

My first time actually trying the Xhorse ford mustang alarm active bypass cable but it worked like a charm.

The cable definitely not work with mini obd tool.  The programmer has to have its own power. And the mini OBD requires power from the car.

You also have to latch the door so the car thinks the doors are closed. It says just to close driver door but i had to open the passenger door as well because the cable was not long enough to reach the battery because it’s on the passenger side of the car so i pushed both latches in on both sides.

So the car thought both doors were closed. I went through a little 10-minute process and it programmed the keys right in one try.

Also i’ll throw a connection diagram, just so you can see the connections but the vvdi key tool plus also has a pretty good picture.

I did the 2018 Mustang with an active alarm so i am actually pretty impressed with it.

Connection images are attached below: 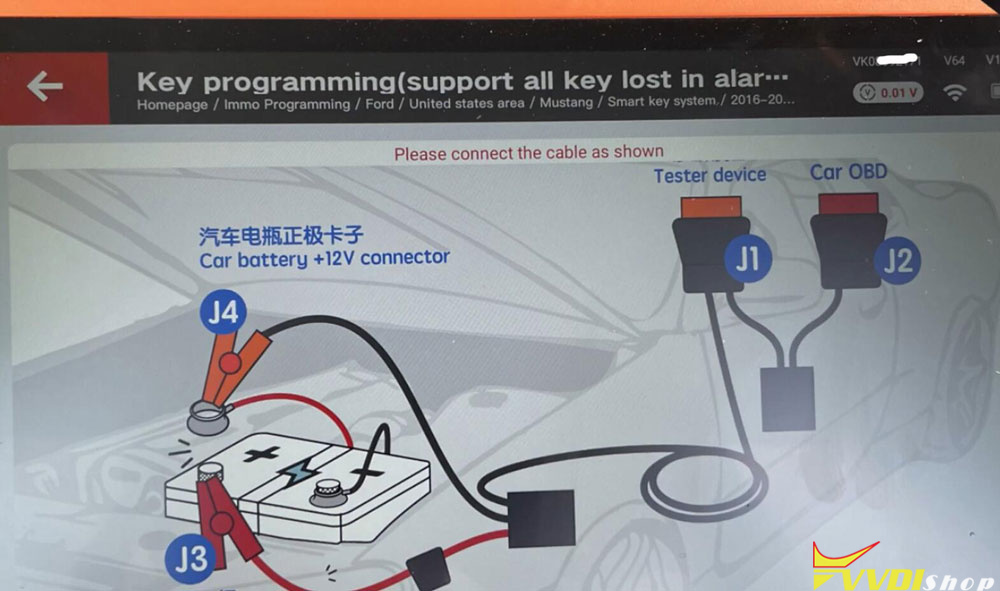 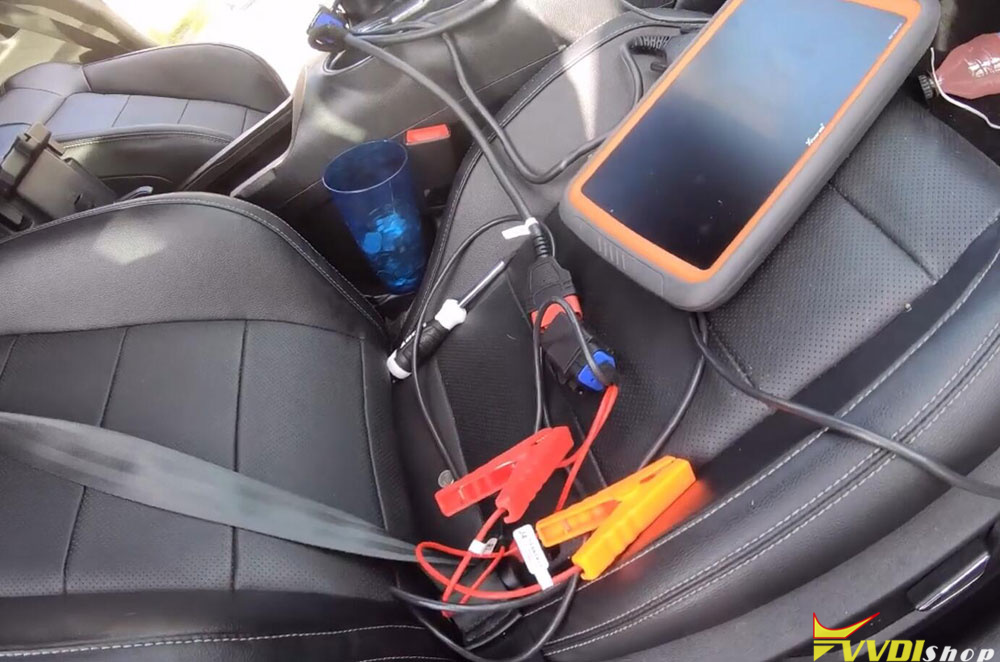 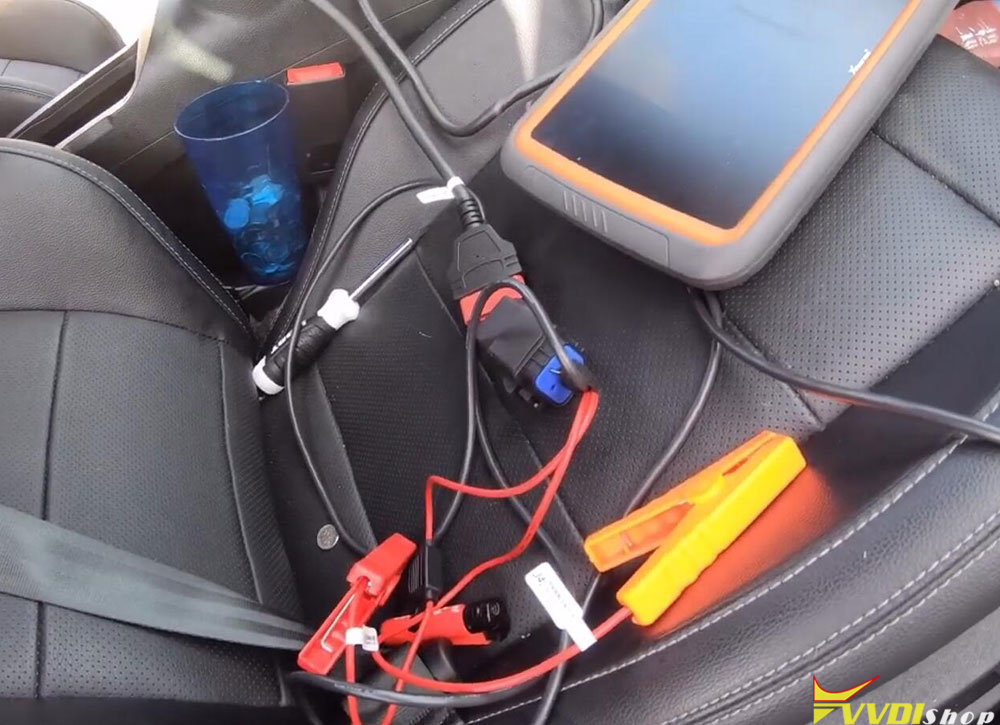 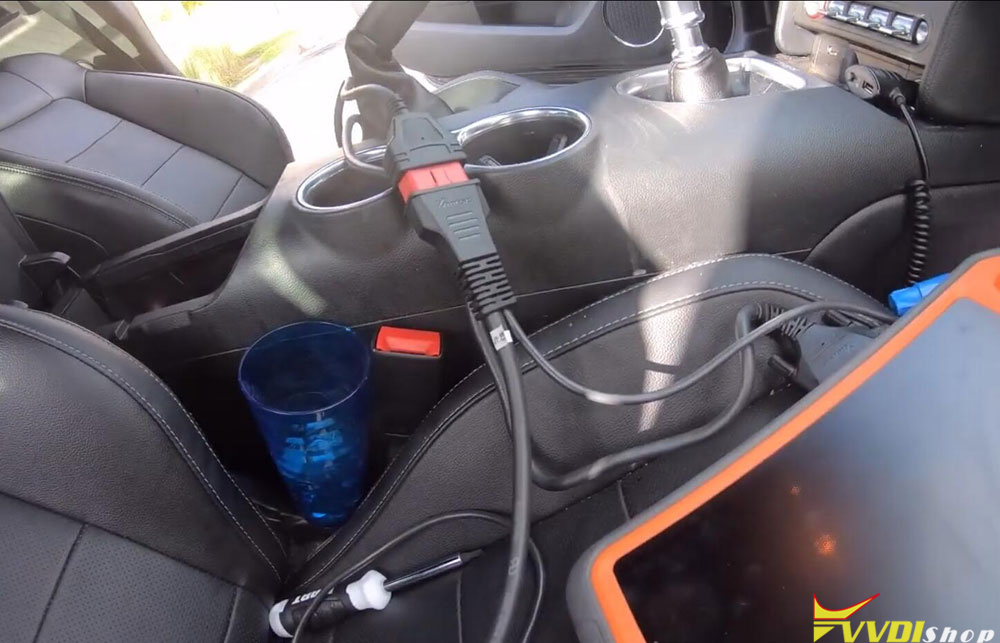 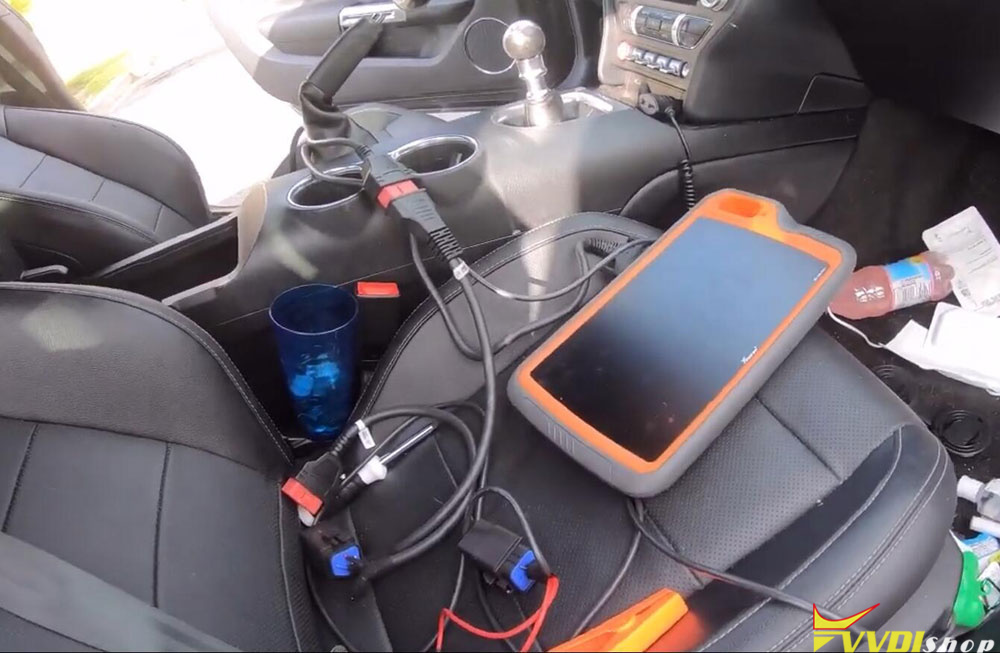