Unable to read k-line polo, golf4 VDO dash but able to read Sharan k-line edc15 ECU but unable to learn keys to the very same car (can’t connect to immobox or similar error).  Took apart but there is no burnings.

The vvdi2 is working again. Here is the solution

After disassembled the vvdi you MUST be extremely careful with the big yellow backup battery pins!! If you connect them the DALLAS (security chip) will be deleted immediately and you have to send back to china to reprogramming. There is no other way to repair!!! YOU HAVE BEEN WARNED!!!

1: Remove the cable from the vvdi and check the connection with multimeter. This two pins on the first picture must be connected 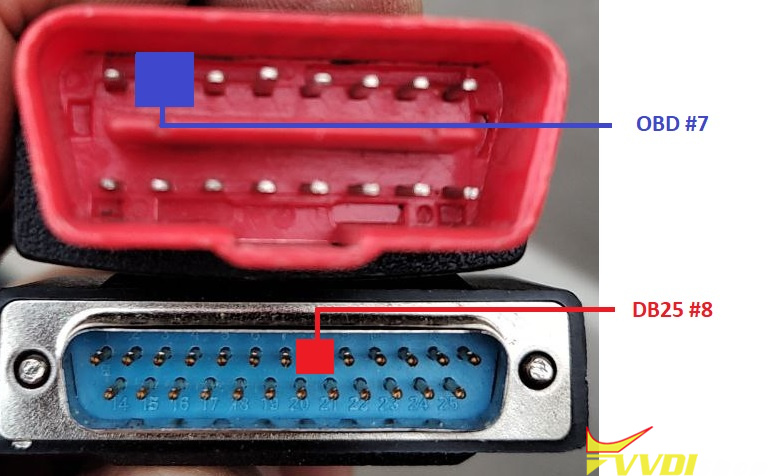 2: Disassembly the vvdi2 vag and attach the cable to the vvdi and check with multimeter the connection between the obd plug pin #7 and the marked pin on the pic 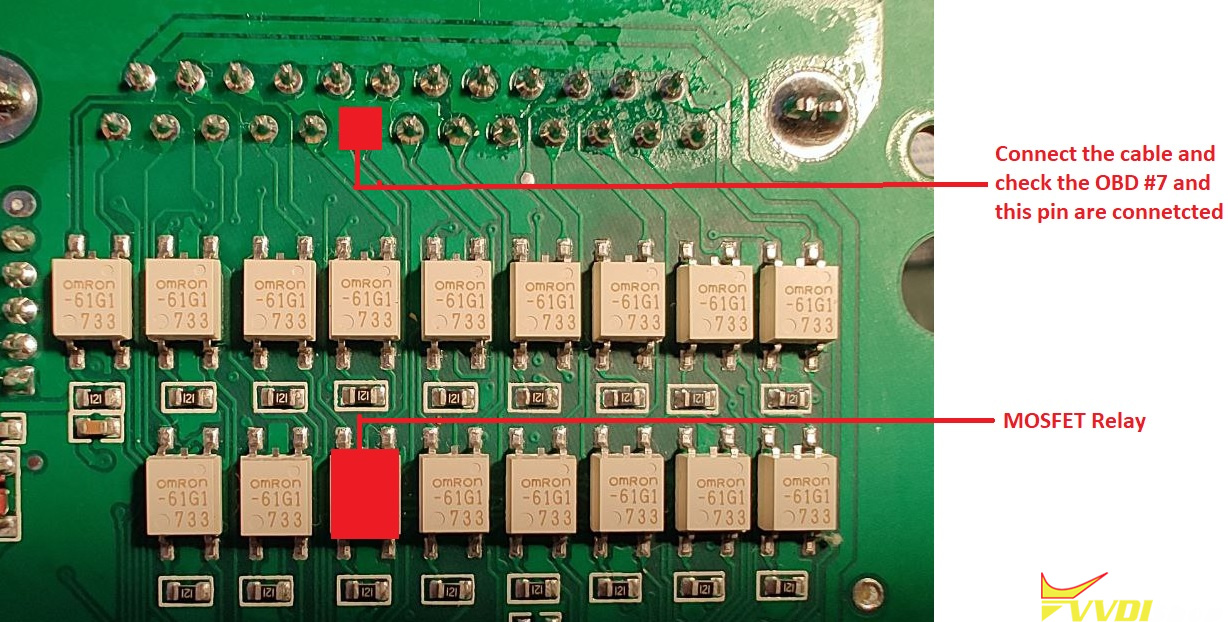 3: There is a MOSFET relay which is switching the port. Check for burning marks Here is the datasheet

4: On the third picture there is a multiplexer. Because only one kline driver working in the vvdi2 if any other pin using the kline somehow able to switch to pins. This multiplexer doing this. Here is the datasheet Mosfet pin #4 connected to ADC1606 pin #22 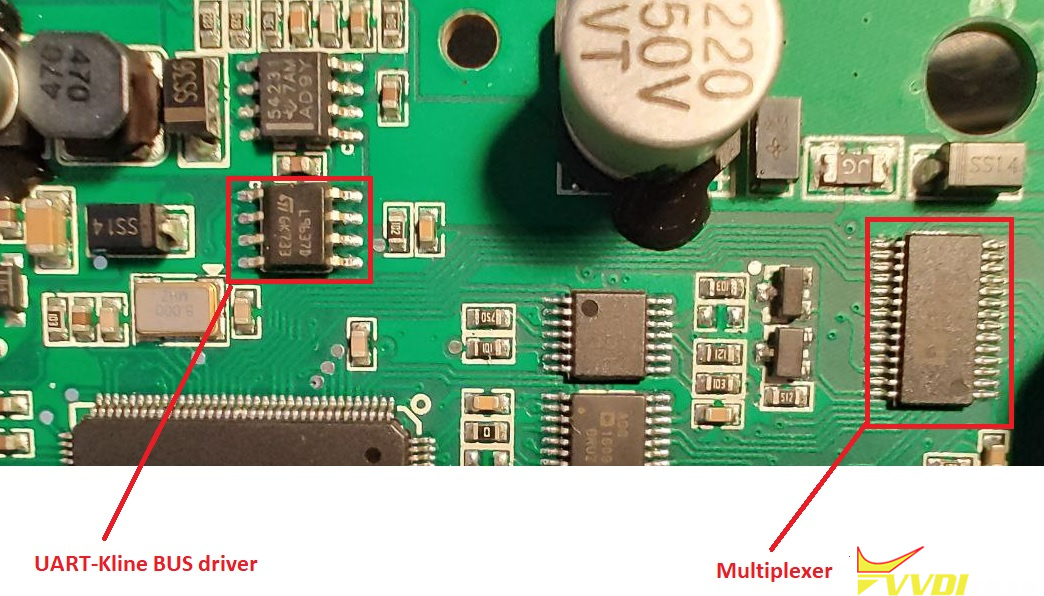 5: UART to Kline bus driver. This device is “translate” between the car kline network and the vvdi2 MCU. Here is the datasheet ADC1606 pin #28 connected to KLine driver pin #6

You can’t really test the switching components. The only sure way when you replace them. You can replace the mosfet from any other neighboring one, but the multiplexer isn’t available for me thus i skipped that part. Instead of i replaced the Kline bus driver, after the change my vvdi is able to communicate on kline again.
Hope it helps.