It’s true that Vag OBD Helper doesn’t work well in Audi anymore. And that possibly the same happens with the other brands?

Now that obd helper is dead, what does it mean for the new Xhorse key tool plus tablet that boosted to have vag helper built into it? Will it still have your feature?

Audi server is blocked. It’s not dead . The sever is down.

All served Audi is already not working with the third party even Autel.

Audi is only shut down for AKL (all keys lost).
Also not all Audi you need vag helper for we have the list 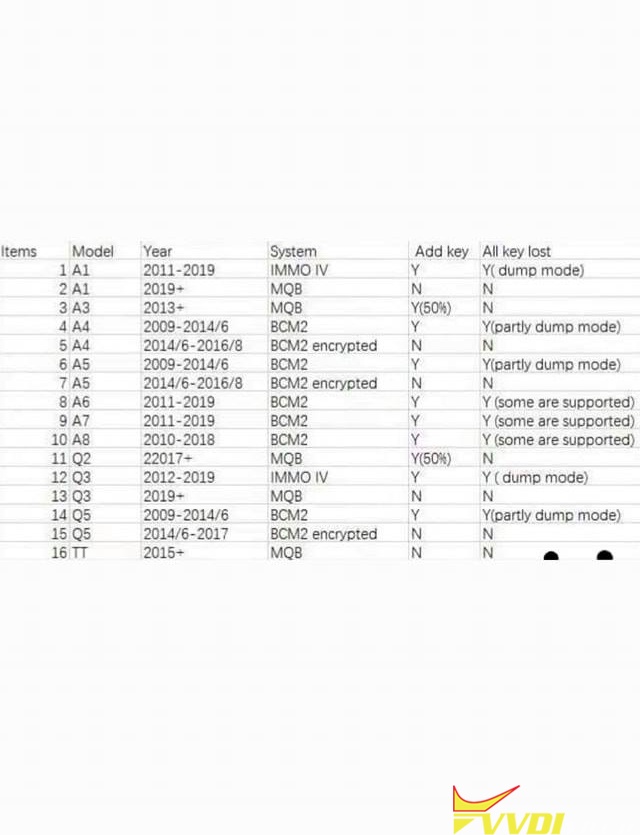 Only dead for Audi . Still working on other cars.

Xhorse vvdi key tool plus with obd helper built-in does not have Audi either.

Audi is not coming back.