Since Audi BCM2 Solder Free Adapters have been widely used, many users met data loss due to misoperation. It should be noted that never unlock Audi BCM in Xhorse VVDI PROG programmer. Otherwise, users may suffer the risk of great losses. 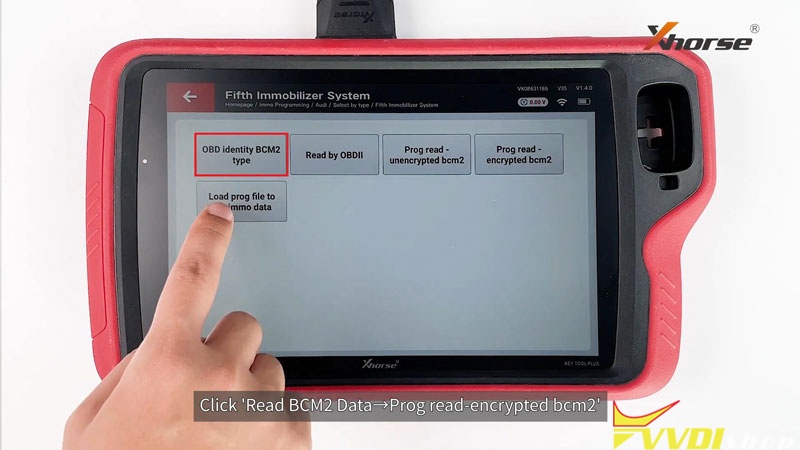 – If the original BCM is unlocked, try to read D-FLASH & P-FLASH directly;

– If reading failed, which means the BCM maybe locked;

– If original BCM is locked, DO NOT click “Unlock”. Follow steps to read DATA1, DATA2, then write in SERVICE-DATA option. V5.1.0 has removed the ‘Unlock’ button so you won’t unlock data by mistake.  DON’T UNLOCK BCM2 with other programmers as well. 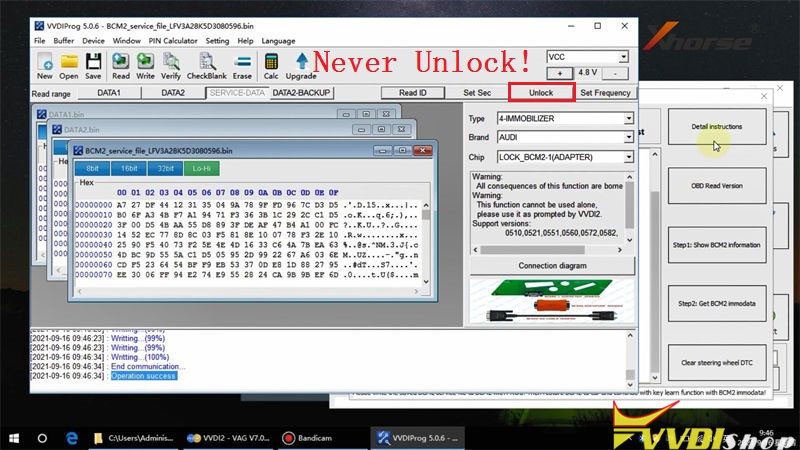 – If you don’t have the original key or backup data before operation, then purchase an original key & a new BCM computer are the must. Generally, it should take 1 month or more to recover the vehicle.

– If you have the original key or backup data, it’s also a must to have a new BCM computer. The losses will not diminish.

Always keep in mind: Do Not unlock BCM whenever reading or writing!