Would like to learn the differences between dolphin ii vs xhorse condor xc-mini plus ii key cutting machine. Any input?

First of all, check a table comparison, then major differences and the summary below.

It is mainly for car keys, only a few motorcycle and household keys are on database. 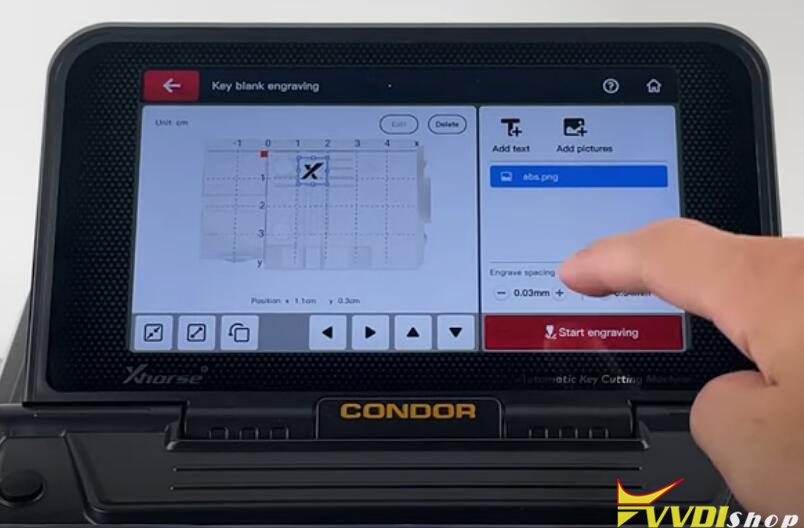 The biggest difference would be the key blank engraving (dimple key) function.
XP005L does not support this feature, condor ii does.

Due to the two new dimple cutters (internal/external), condor ii can decode and cut multi-lock dimple keys so we can personalize our keys.

The key blank engraving function allows users to add and delete texts and pictures, resize and turn them, to perfectly design a unique key.

Check How to Engrave a Key Blank with Condor II

Optical Key Bitting Recognition
Xhorse reader is used for decoding plastic and aluminum keys like some keys of landrover and audi. It can work with dolphin, condor and panda key cutting machines.
Condor XC-Mini II is the only one that can directly connect to key reader without a mobile phone.
It’s able to quickly and accurately identify almost all car keys, motorcycle keys, plastic keys and aluminum keys while connecting to key reader.
optical recognition           avoid probe breaking       identify key data faster

But condor still does not have a built-in battery, so if you want to take it out, you may prepare a van to power it or choose the new Dolphin XP005L.

Both come with M5 (M1+M2) clamp, clamp m5 is really handy, don’t have to install and uninstall during procedure, just rotate it to select side A/B and lots of guys also appreciate this clamp update.

Condor Mini Plus II comes with M3 clamp in default as well.  It could save money a lot. 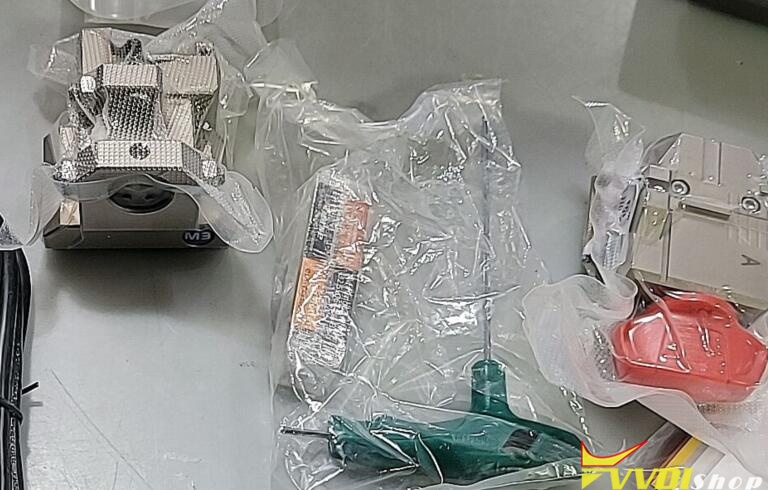 Both have touch screen control, can also be controlled by phone app.

Dolphin II is light weight and can be carried out easily. 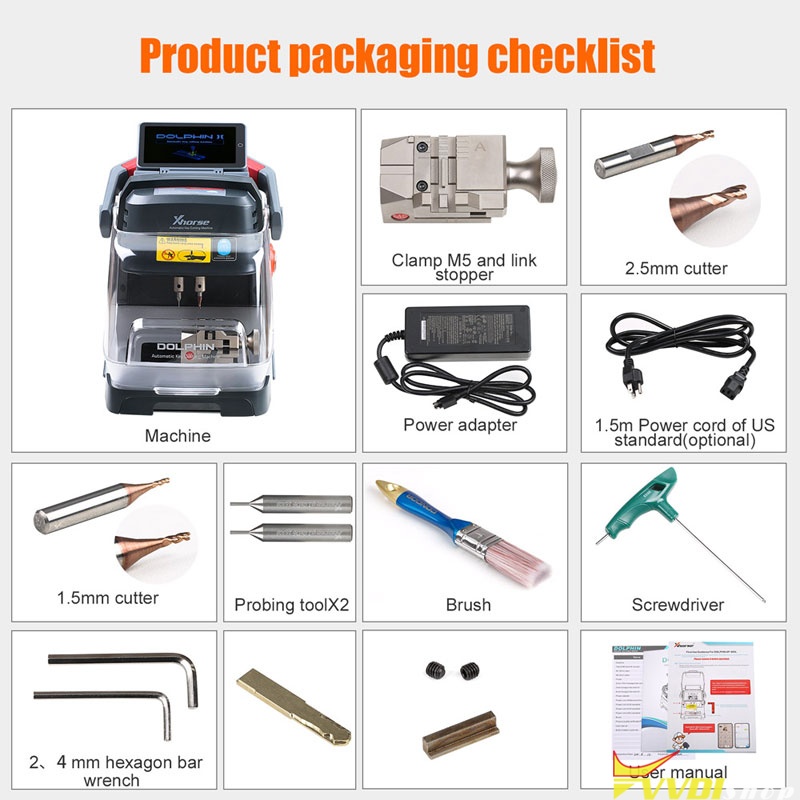 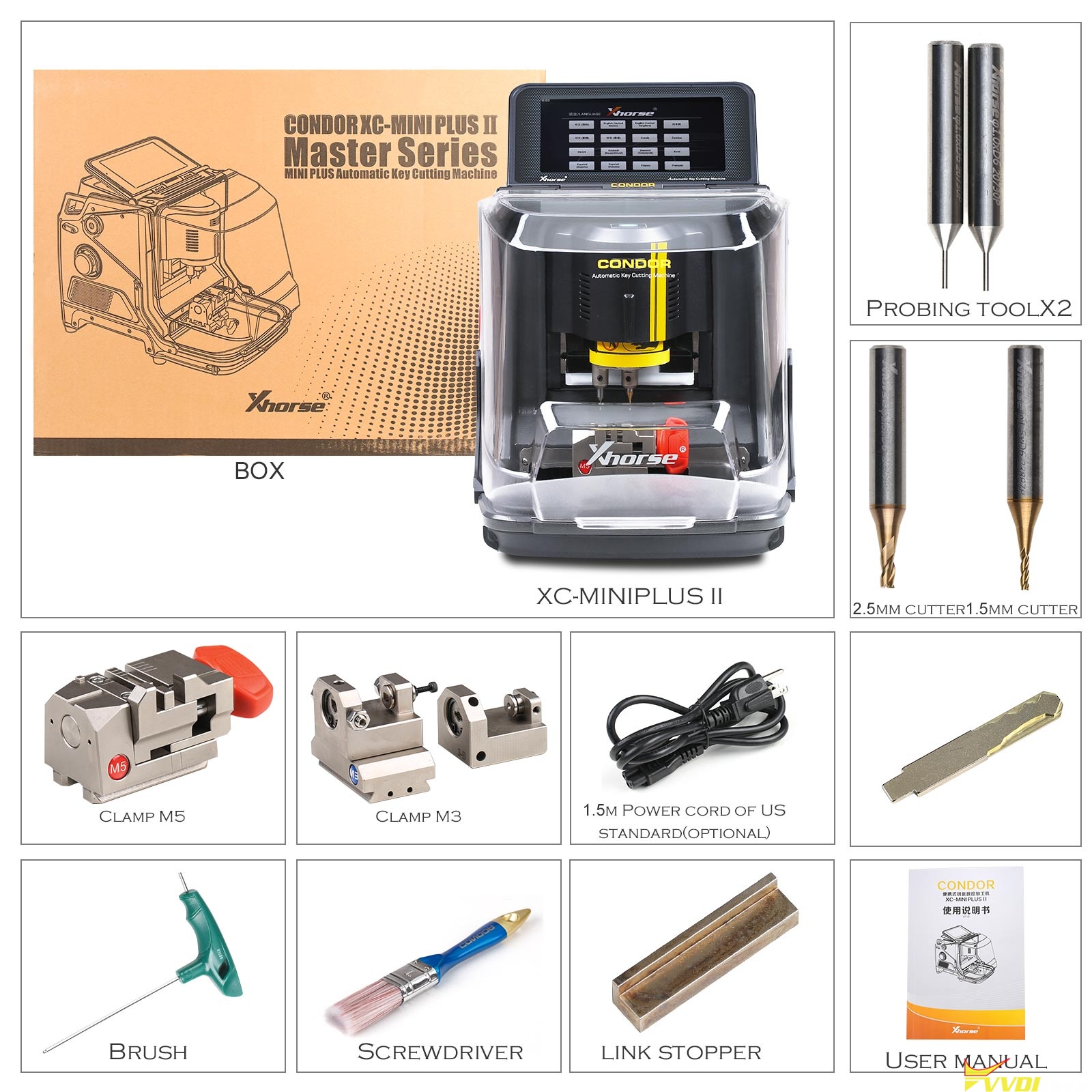 It all depends on what you need.
same database, same feature.
First of all, you need to know which one is portable or not.  When you arrive at a site and need to cut 10-15 keys at once, you go for dolphin ii because it is battery operated.

Condor ii would be a nice choice in the long run.