One DK Veteran who is running a locksmith shop and he is trying to tell what kind of key programmers (and other hardware) he have, and what they are good for. This post editor picks his point of view on Xhorse VVDI2, key tool max, key tool, Dolphin XP-005 etc

A good alternative when you don’t want to pay for the AVDI modules.
It has VW (Audi, Seat, Skoda, Porsche, Bentley), Beemer and PSA support with key learning and so on. I don’t know how other peoples think, but AVDI is and was a good tool – but is damn expensive. The modules what this machine can do were cost more than 10.000.- euros. This alternative is good enough to do the allday work, and costs only $1600 from the official web page. From this year the ID48 cloning is free for all users, don’t imitate – innovate! There is only one thing with this toy what irritates me: you have a prompt in the program, that you have to update the software, but if you push on update button, nothing happens. To update the program you have to download & install the new sw as usual @ VVDI Prog, only the firmware update needs the official update manager. Sometimes some functions aren’t activated, then you can ask  sales@vvdishop.com for help. 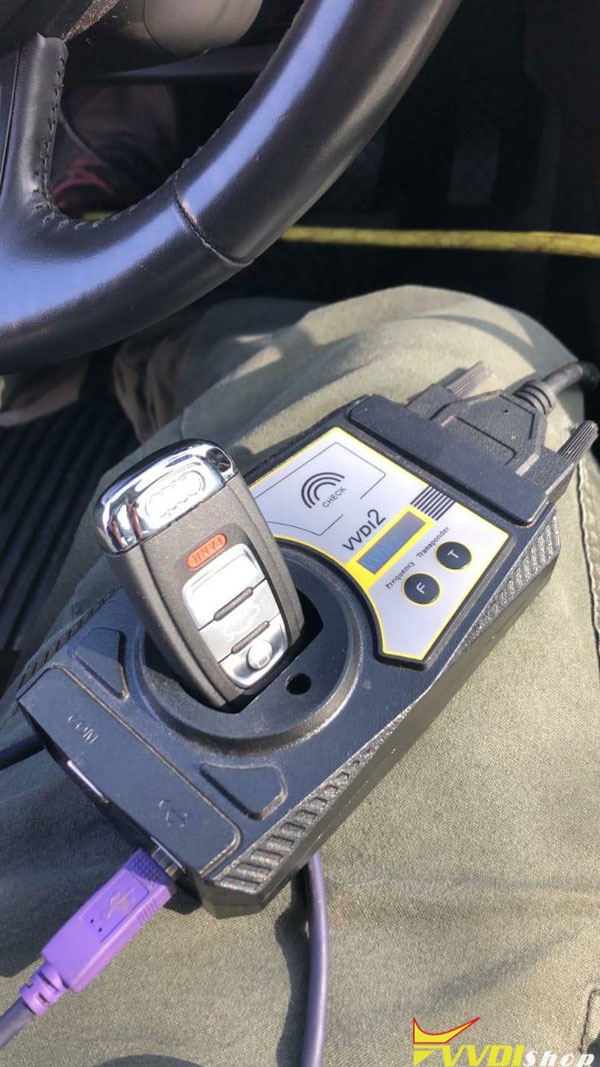 Another key tool from X-Horse, if you want to buy something better than the mini, this is your choice.
I hate when I am forced to buy something, even then when it is a good tool. X-Horse did this with removing the normal Key Tool from the market, now you can make your choice between the mini and this if you want to have updates. This thing is a weird-housed Android tool with good functions, for example decoding keys from photo. This device makes the smartphone unnecessary for the use of X-Horse devices, it can do the key tool functions, can make the key cutters work and so on. The smart key side is strong enough @ X-Horse, but if you need the normal remotes, then the X-2 is much more better choice: the Keydiy usual remotes are easier to get as the XHorse ones.
This device has an OBDII expander, the ‘Mini OBD’, what can read out special infos (pin codes) through OBD, and help to program keys.

Its price is a bit less, than $500 with the Mini OBD from vvdishop. 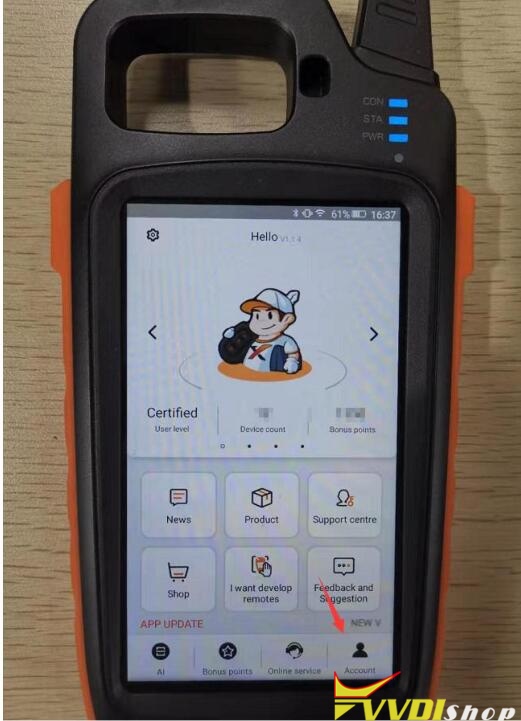 Xhorse VVDI Key tool: A must have
This is the alternative answer of XHorse to the Keydiy stuff. To be honest this programmable universal remote idea is so good as it could be, that’s why they made another type for the same task. The first thing is compared to the Keydiy X2, what’s the next generation tool of KD after Mini, 200 & 900 is the fact, that this revolver-looking toy has a big color display, and can be used without smartphone and internet – however this abilities are usable too. The main advantage compared to a KD900 is the fact, that this tool can clone transponders, and renew used remotes too. Yes, this renewing option is strongly limited, but is much more than nothing, and can come very often handy: just get a new housing for the remote, and make money from the garbage. The transponder cloning is good from some pov it is better than Handy Baby and X2, because it has free G and H chip functions. You need only 2 types of transponders for cloning: CN3 & LKP02. As far you don’t try to clone ID48. This toy forces you to clone all ID48s as a 96 bit one via internet, and you know that this function isn’t for free…
Maybe it offers less type of remotes as the KD does, but covers the mostly needed models. Sadly they aren’t compatible with each others, so you have to decide between KD or VVDI stockings, but my answer to this problem was that I have only B01 type remotes in my car with this tool, and KD stuff in the shop.
As I said earlier, this is a must have tool, you can get it from $260 with 5 programable remotes.

The cheapest tool for Toyota key learning is the Toyota Smart Keymaker for nice $10.26 with free shipping, but it has limited abilities, so wouldn’t trust that it can renew ur remotes.  Normally I would recommend VVDI Key Tool with the renew adapters, or something like it. If you wanna make money, then you have to invest into a tool that may be expensiver as you think for the first look, but when you can trust it and use it in a long term, then it would make you a good profit. 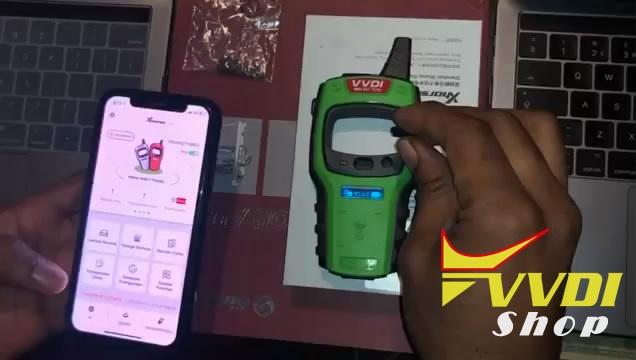 just another automated key cutter, but it is really made to work on the roadside – a good choice
After the X6 I was really happy to have a machine what’s more compactor and smaller for the roadside work – but this small thing is a heavy opponent. At first it is heavy because the batteries are built in into the machine, it can cut up to 10 keys without recharging – when you have no troubles with his bit.ch…
It operates from smartphone or tablet or KeyTool Max as usual @ X-Horse, you can use the same VVDI app. The connection was made trough Bluetooth as usual. The main problem with the machine is the hit & miss system what’s built in as factory feature. Sometimes it won’t work. Recalibrate the clamp, cutter calibration and such jokes are coming continuously, but it won’t cut da damn key. In this cases just switch the app to expert mode, and retry. Usually it helps, but when not then you have to do all the calibrations what’s needed. This is impossible without a HON66 blade. If you try to do the calibration with another one, you will get a really bad result. For example: if you do the calibrations with a GT10 key, then you can decode the same blank key only for 3333333 instead of 1111111. To avoid this I’ve put a HON66 blade and a small hex into the collecting tray. I understand that the HON66 is the broadest available key blade, but why is it necessary to use only that one – neither the Mirace or the X6 does such jokes. Another problem is the bad keyway cutting when you cut an inner groove key. If you cut a VA2 or VA6 blade it makes such a bluff cut, that you can put the key in into the keyhole, but it is very difficult to pull it out. It happens often when it decodes something that the machine breaks the probe without any reason, but next time (with the new probe) it decodes the key perfectly.
However, this machine is good enough to buy one, but only for second one – you can’t trust it so much as an X6 for example.
The price is around 2000 USD with the basic accessories.

Let’s me stop here and will keep update in the later days.